Virtues of the of Ramadan 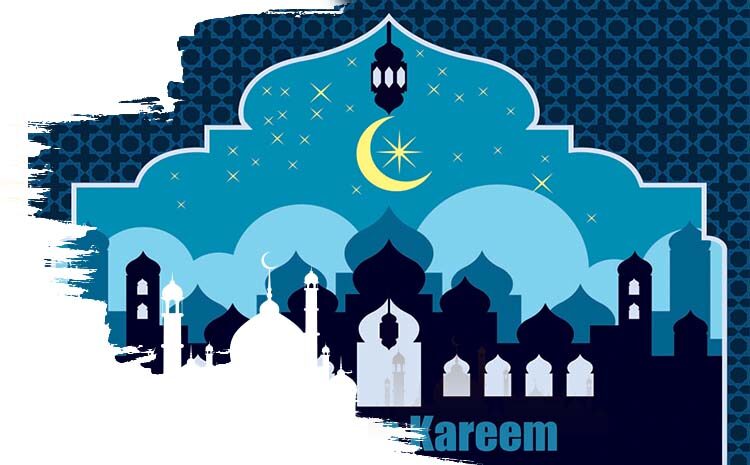 Virtues of the Month of Ramadan

In the name of Allah, all thanks are due to Allah, and may the peace of blessings of Allah be upon his Messenger – Muhammad – and upon his family, companions, and all prophets.

Allah S.W.T would not make something incumbent upon the Muslims unless it has many benefits and virtues, both in this life, and the hereafter. One of those things is fasting the month of Ramadan; Allah SW has made fasting the third pillar of Islam, and like the pillars of a building hold it together, each pillar of Islam holds the faith together, without one of them, the faith falls apart (except for the excuses Allah SW has given to those unable).

Fasting has both material and spiritual benefits for those who practice it properly. Firstly, scientific evidence has proven that the inhibition of food and drink intermittently allows the digestive system to rest and recover, thus, protecting oneself from long-term complications that affect others at an older age. However, fasting for 12 hours then stuffing oneself with loads of food till one can hardly breathe isn’t how fasting is supposed to be practiced. By doing so, you are spoiling all the health benefits fasting can have on your body, as well as not performing it for the reason Allah has mandated it upon Muslims.

The prophet PMBUH said, per the hadith narrated by At-Tirmidhi, that if the son of Adam should eat, then a third (of his stomach) for food, a third for drink, and a third for breathing. That means that after you finish eating, you should still have room in your stomach, not filling it to the brink! Imagine you have been sleeping for 12 hours, then someone wakes you up and asks you to run for 10 kilometers! Would you be able to? This is exactly what you do to your stomach when filling it with so much food after a day of fasting.

Secondly, we come to the spiritual benefits of the blessed month. But before discussing those benefits, we should first discuss the method by which we are supposed to fast, because there will be no reward if we do not perform the task correctly. As mentioned earlier, we shouldn’t fill ourselves to gluttony when we break our fast; we should also stay up till 9 am, and then sleep till Maghreb salah and call this fasting; this is called sleeping. Then what should be done during the day?

The prophet PMBUH said, per the narration found in Muslim and Bukhari: “Whoever spends the nights of Ramadan in prayer out of faith and in the hope of reward, his previous sins will be forgiven”. The prophet PMBUH used to spend the last part of the night – the few hours before Fajr – praying the night prayer.

People nowadays think that the Taraweeh prayer is only performed in Ramadan but the prophet used to perform them all year long, per the hadith found in Al-Bukhari and Muslim: ‘A’ishah R.A said, “Allah’s Messenger did not increase upon eleven raka’at in Ramadan or outside it.” This night prayer is not obligatory, however, the performance of optional deeds in Ramadan in encourage as the reward is greater.

The prophet PMBUH has stressed the importance of making du’aa in Ramadan, as recorded by Imam Ahmad that the prophet PMBUH said: “There are in the month of Ramadan in every day and night those to whom Allah grants freedom from the Fire, and there is for every Muslim a supplication which he can make and will be granted.” We should fill our day with Salah and du’aa and reading of the Qur’an if we really want to get the best out of this blessed month.

Al Bukhari records that the prophet PMBUh said: “Every action of the son of Adam is given manifold reward, each good deed receiving then times it’s like, up to seven hundred times. Allah the Highest said, ‘Except for fasting, for it is for Me and I will give recompense for it, he leaves off his desires and his food for Me.’ For the fasting person there are two times of joy; a time when he breaks his fast and a time of joy when he meets his Lord, and the smell coming from the mouth of the fasting person is better with Allah than the smell of musk.”

Allah SW has chosen not to mention the reward He has for us in recompense for our fasting due to its incomprehensibility by our minds. Wouldn’t we all wish for such a lofty reward?

The Nullifies of Fasting and virtues of the month of Ramadan

There are many virtues of the month of Ramadan. Aside from it being a sin, nullifies the fast as it gives its practitioner a sense of fulfillment, although it is only mental, this mental sense of satiety negates the whole point of fasting, which is feeling the abstinence from food has on your body. However, injections for the treatment of certain illnesses that are not accompanied by a sense of satiety or fulfillment do not nullify the fast. Additionally, per the aforementioned hadith, the use of the Siwak and its modern counterpart – the toothbrush – does not nullify the fast either.

Our final words are, all thanks are due to Allah, Lord of the world, and may the peace and blessing of Allah be upon his Messenger PMBUH. May we all benefit from the virtues of the month of Ramadan.