Back To All Courses

Learn ten Qirat online with the best teachers online from Egypt. TarteelQuran facilitates interested students with this opportunity. Let's have a short introduction to these ten Qirat. In Quran, Qira’at, literally means the readings, and terminologically means the method of recitation of the Holy Quran. Traditionally, there are 10 recognized schools of Qira’at, and each one derives its name from the famous reader of the Holy Quran recitation. It is necessary to understand what are the 10 Qirat before you join to learn ten Qirat online. 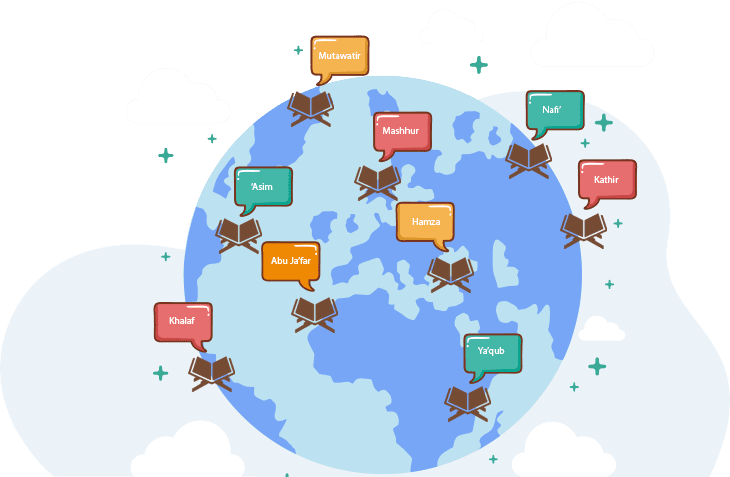 How to Learn Ten Qirat Online?

Ten Qirat are not like different voices and different styles, rather there are slight differences in pronunciation, letters, and Harakat. It is like comparing two different books of the Quran and you find differences between them. How to learn ten Qirat online. To know this clearly, we need to go back to the times of the Prophet (PBUH) and Islamic history. People in the times of Prophet Muhammad (PBUH) were illiterate, and they have their own dialect of their own tribe like any other language. Like in the case of English of British and American.

It has differences in spelling and pronunciation. The same was the case for that time that they have a different dialect of Quraish which was the tribe of Holy Prophet (PBUH), a dialect of Yaman, a dialect of Hair, and many more.  These dialects have slight differences but without a change in the meaning.

How these ten Qirat evolved?

At the time of the revelation of the Quran, the angel Gebril (AS) came and recited the Quran to him and the Prophet of Allah recited back to him in one dialect. Then Prophet requested the angel to increase the dialect and he did until seven completed. All these were the same in meaning but a change in pronunciation.

Here are the 3 Hadith on this:

1) Ibn ‘Abbaas reported that the Prophet (PBUH) said, “Jibreel recited the Qur’aan to me in one harf, and I recited it back to him, but I requested him to increase (the number of harf) and he continued to increase it for me until we stopped at seven ahruf.” Ibn Shihaab az-Zuhree (d. 124 A.H.), one of the narrators of the hadeeth, said, “It has reached me that these seven ahruf are essentially one (in meaning), they do not differ about what is permitted or forbidden.” 383

3) ‘Umar ibn al-Khattab narrated, “I was sitting in the masjid when I heard Hishaam ibn Hakeem recite Soorah al-Furqaan. I was almost about the jump on him in his prayer, but I waited until he finished, and then grabbed him by his garment and asked him, ‘Who taught you to recite in such a manner?’” He replied, ‘It was the Prophet (PBUH) himself!’ I responded, ‘You are mistaken, for indeed I learned this soorah from the Prophet (PBUH) and it was different from your recitation!’

Therefore, I dragged him to the Prophet (PBUH) and complained to him that Hishaam had recited Soorah al-Furqaan in a manner different from what he (PBUH) had taught me. At this, the Prophet (PBUH) told me to let go of Hishaam, and asked him to recite Soorah al-Furqaan. Hishaam recited the Soorah in the same way I had heard him before. When he finished, the Prophet (PBUH) said, ‘It was revealed this way.’ He then asked me to recite the same soorah. When I had finished, he (PBUH) said, ‘It was (also) revealed this way. Indeed, the Qur’aan has been revealed in seven different ahruf, so recite whichever one is easy for you.’” 385.

In conclusion, the Holy Quran was recited in seven different dialect that was allowed by Allah based upon 7 different dialect at that time in the Arabian Peninsula. After the death of the Prophet, the Companions understood it and spread it to others as well. But the once Islam spread and people of different Areas met, they found these differences. For this once Companmion suggested the Khalifah Usman Bin Affan (RA) combine the Ummah on one Mushaf (Book). The Khalifah chose the Qureshi dialect for the Ummah. Other Mushaf was forgotten. But the seven recitations remain in the society from the Qureshi Mushaf in reading only not in the shape of books.

The below video will help you understand more.

Within the Learn Ten Qirat there are two categories:

1) Mutawatir: The transmission which has independent chains of authorities so wide as to rule out the possibility of any error and on which there is the consensus of Ulema of that time.

2) Mashhur: these are slightly less wide in their transmission, but still so wide as to make errors highly unlikely to happen. 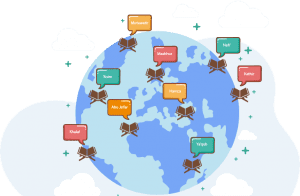 What people are saying

"I have been taking Quran memorization class for a few years now with TarteeleQuran. The courses are of great quality. I hope to continue with them for as long as I can and to encourage others to learn Quran online and experience the ease of learning the book of Allah with the help of Allah Almighty."

Adam Munshi- Memphis USA
"Alhamdullilah, I am sincerely pleased with my learning experience with TarteeleQuran living in USA. As a revert trying to learn Quran online, I have felt intimidated and confused with several schools, be it locally or online and never getting passed the pronunciation. I have now gained confidence in learning the Qu’ran."

Sr. Shanelle- Washington, USA
"All Praise to Allah SWT alone! What an ease of seeking knowledge from the comfort of our own homes. It is a satisfying and helpful Quran lessons online Alhamdulillah. The teachers are very sincere and hardworking. My kids are very happy and encouraged. Let’s improve our lives by studying the Holy Quran."

The fee to Attend Quran Reading with Tajweed Course

Each class will be of 30 minutes

Are You Ready To Start? 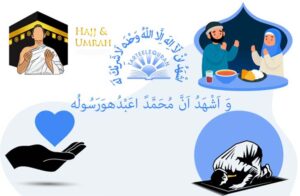 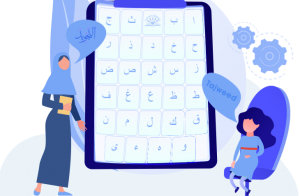 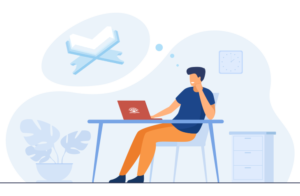 How to build a successful email newsletter

How to build a successful email newsletter

How to use online reviews to boost your business

How to use online reviews to boost your business

Join millions of people from around the world learning the Quran online. Experience the rich reservoir of Islam and Quran learning through wide selection of courses with a free trial with world’s best expert Quran teachers.