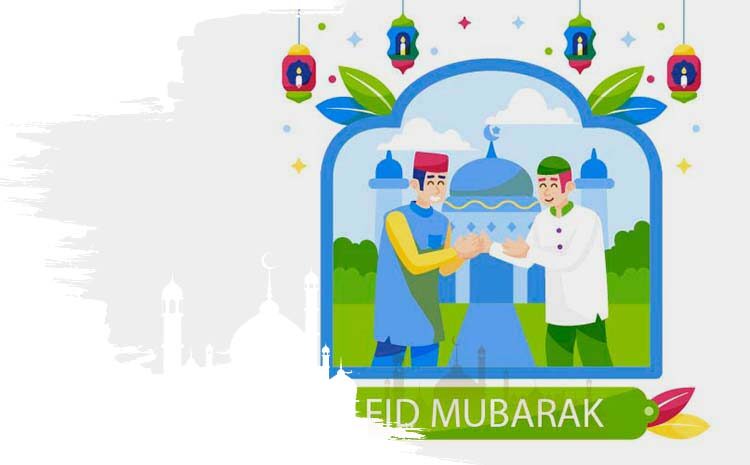 In the name of Allah, all thanks are due to Allah, and may the peace and blessings of Allah be upon His Prophet — Muhammad — and his family, companions, and all prophets.

Having concluded the month of Ramadan, Muslims are faced with a set of mixed feelings–whether to feel sorry for the passing of the month and the great rewards it brings, or the sense of relief from the hardship of fasting throughout the day. Which feeling overcomes the other differs from person to person, but what is certain is that all Muslims are filled with a sense of joy on the day of Eid-Ul-Fitr.

The word “Al-Fitr” comes from the word “Iftaar” which means “the breaking of the fast”. This occasion marks the conclusion of Ramadan and the sighting of the new moon of the month of Shawaal.

Muslims commence this blessed day with Sadaqa, which is an amount of month mandated on every capable Muslim to pay before the Morning Salah of Eid Ul-Fitr. The amount of the Sadaqa has been calculated by the prophet PMBUH to be on Saa’ of grain, which is the equivalent of about 3 handfuls of dates. This equals about 3-5 US dollars. It is, however, recommended that the Sadaqa be given in the form of food or drink, not in the form of money, as this is the way the Prophet PBUH used to give it. Money did exist in the Prophet’s time in the form of gold and silver, but he still chose to give it in the form of produce.

After giving the required charity, Muslims then move on to the Masjid to offer the Eid prayer. The prayer is composed of two Rakaa, but it is a bit different. According to a narration recorded by At-Tirmidhi, the prophet PBUH said that the Eid prayer has seven Takbirs (saying Allahu Akbar) before the recitation of the first Rakaa, and five Takbirs before recitation in the second Rakaa. The prayer is to be offered shortly after the Fajr prayer.

The Day of Eid-Ul-Fitr

It is recommended that all Muslims visit each other on the day of Eid. It has been a custom of the tradition of the Sahaba to enjoy the day together. Visiting your family and presenting gifts to them is also a good way to spend Eid. Meeting with friends as well is recommended, as long as it is within the bounds of Sharia.

The Day of Eid-Ul-Fitr

There is a wide misconception among some Muslim countries that Eid-Ul-Fitr is three days. There is, however, no proof for such a claim. What has been practiced by the Prophet PBUH and the sahaba after he is that Eid is only the day after Ramadan.

We pray to Allah SW that all Muslims around the world have a pleasant and joyful Eid, and may Allah accept our Siyam and reward us bounteously.

Our final words are Allah’s thanks are due to Allah, and may the peace and mercy of Allah be upon His Messenger – Muhammad – and upon his family, companions, and all prophets.