The Final Days of Ramadan 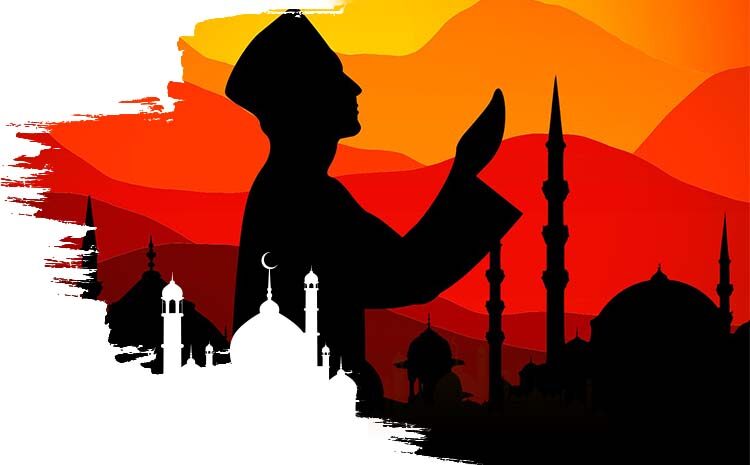 The Final Days of Ramadan

In the name of Allah, all thanks are due to Allah, and may the peace of blessings of Allah be upon His Messenger – Muhammad – and upon his family, companions, and all prophets.

As Ramadan approaches its end, we tend to feel sorry and regretful that we might not have spent it in the most ideal way possible. But Allah SW gives us another chance in the final ten days of Ramadan. Muslims around the world wait for the final ten days to observe Laylatu’l Qadr (The Night of Destiny). Allah SW has described this night in Surat Al-Qadr and says: “The night of Destiny is better than a thousand months”.

The prophet PMBUH used to confine himself to the masjid in the final ten days of Ramadan, praying and supplicating in much more vigor than he would on normal days so that he could obtain the reward of Laylatul Qadr. It is recorded by Bukhari that ‘Aa’ishah (may Allaah be pleased with her) said that the Prophet PMBUH used to spend the last ten days of Ramadan in i’tikaaf (retreat) until he passed away.

The reward for I’tikaaf (retreat)

This is why the prophet sued to observe vigorous prayer and supplication on the final ten days so that whichever day it might be; he would gain the reward. The prophet PMBUH was inspired of the exact day of Laylatul Qadr, but for a certain reason, he was made to sooner forget it.

This is supported by the hadith: The Prophet PMBUH said, O people, Lailat-ul-Qadr was made manifest to me and I came out to inform you about it, then two persons came contending with each other and there was a devil along with them and I forgot it. So seek it in the last ten nights of Ramadan. Seek it on the ninth, on the seventh, and on the fifth (sahih Muslim).

What’s the Plan The Final Days of Ramadan?

So what exactly should be do in the last ten days? As mentioned, the prophet PMBUH used to not leave the Masjid in the last ten days of Ramadan. This might be rather difficult for people today as most of us have day jobs. But some do manage to leave for work in the morning and return to the masjid after work.

The prophet used to sleep, eat, and drink in the masjid so as to be certain he has observed the sought-after night. At-Tirmidhi recorded that ‘Aaisha RA said: I asked: “O Messenger of Allah! If I observe Lailat-ul-Qadr, what should I supplicate in it?” He PMBUH replied, “You should supplicate: Allahumma innaka ‘afuwwun, tuhibbul-‘afwa, fa’fu ‘anni (O Allah, You are Most Forgiving, and You love forgiveness; so forgive me).” So we should all increase in the times we recite this supplication, may Allah SW accept it from us.

The most prominent sign for the blessed night is that it is a night that would be as clear as a night could get. The moon would be very bright. The following day would also be a clear and fogless day. It would be as if peace and tranquility fill the skies.

The prophet PMBUH said when he was asked aboutLaylatul Qadr: “He who amongst you remembers (the night) when the moon arose and it was like a piece of plate” (sahih Muslim). I pray to Allah that anyone who observes the final ten days of Ramadan with a pure heart only seeking pleasing Allah, that he may be given what he sought after.

Our final words are, all thanks are due to Allah, Lord of the world, and may the peace and blessing of Allah be upon his Messenger PMBUH.